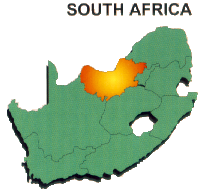 South Africa is strategically located at the southern point of Africa. South Africa is a promising economy to invest in with world-class infrastructure and accessibility. (Download the Case for Investing in South Africa)

The positioning of the North West province with respect to the rest of the country and the African market makes the region attractive to investors from both a national and continental perspective. Bordering Botswana, the NWP is ideally positioned to access the 14 countries comprising the Southern African Development Community (SADC) via the N4 highway that connects the Walvisbay port in Namibia with the Maputo Port in Mozambique running through the province.

The North West is thus large and significant local economy in the South African economic context. The area contributes approximately 5.5%  to national Gross Domestic Production (Constant 2010 prices (R 1000)) with mining, agriculture and manufacturing contributing the largest portion of the provincial output, taking into consideration that 65% of the province is rural with a low economic base.   Refer to geo-political advantages of the North West Province, further down on this page.

The North West Province endorses and subscribes to the National Development Plan (NDP) as an overarching policy framework that guides implementation across all spheres of government. 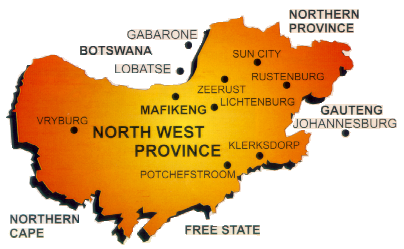 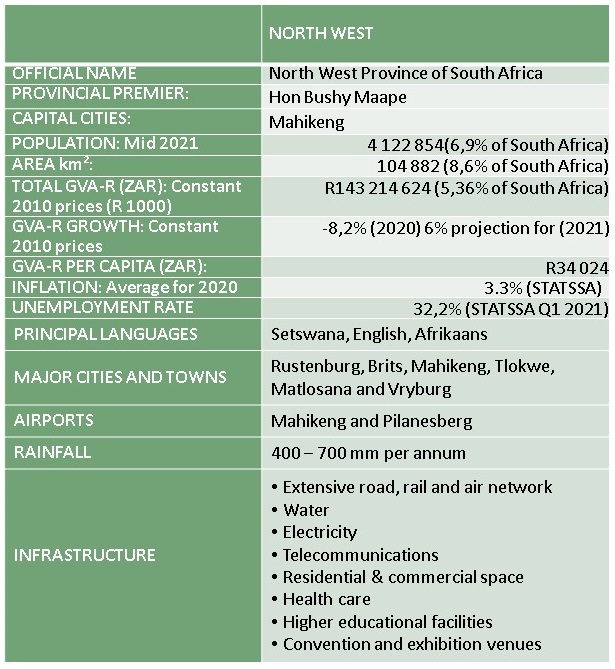 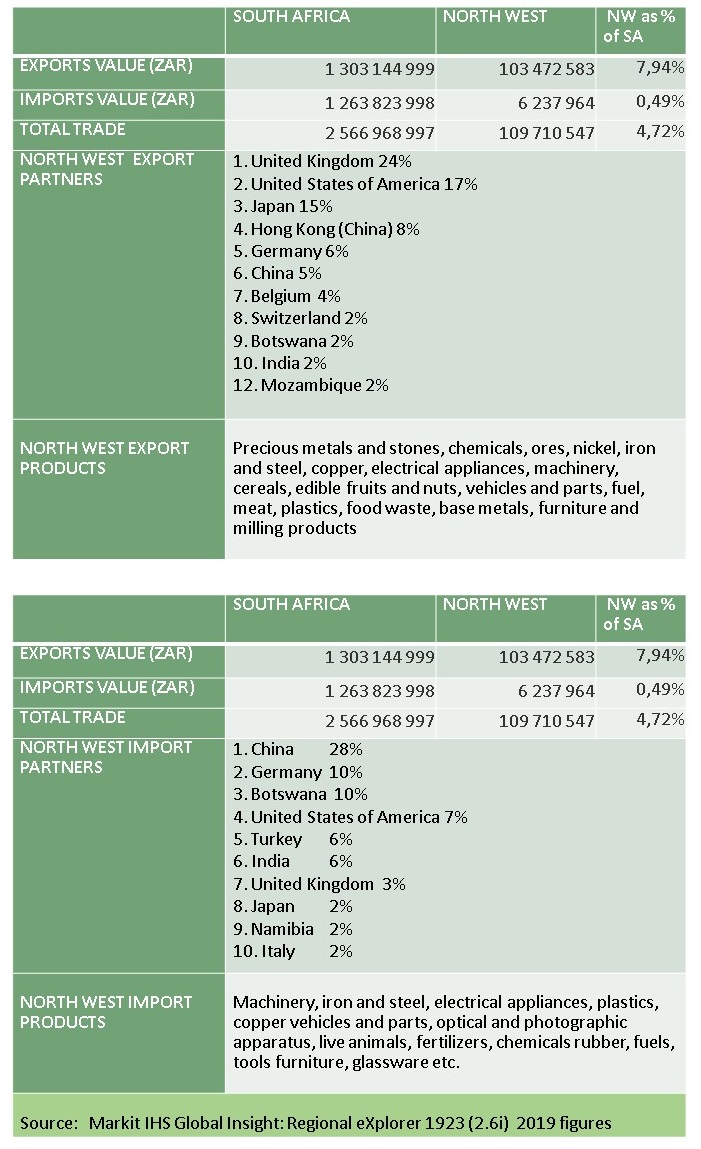 * The Fact Facts document is updated annually by NWDC’s Research & Innovation unit, based on the statistics released by IHS Global Insight